Do you believe you can make a difference? 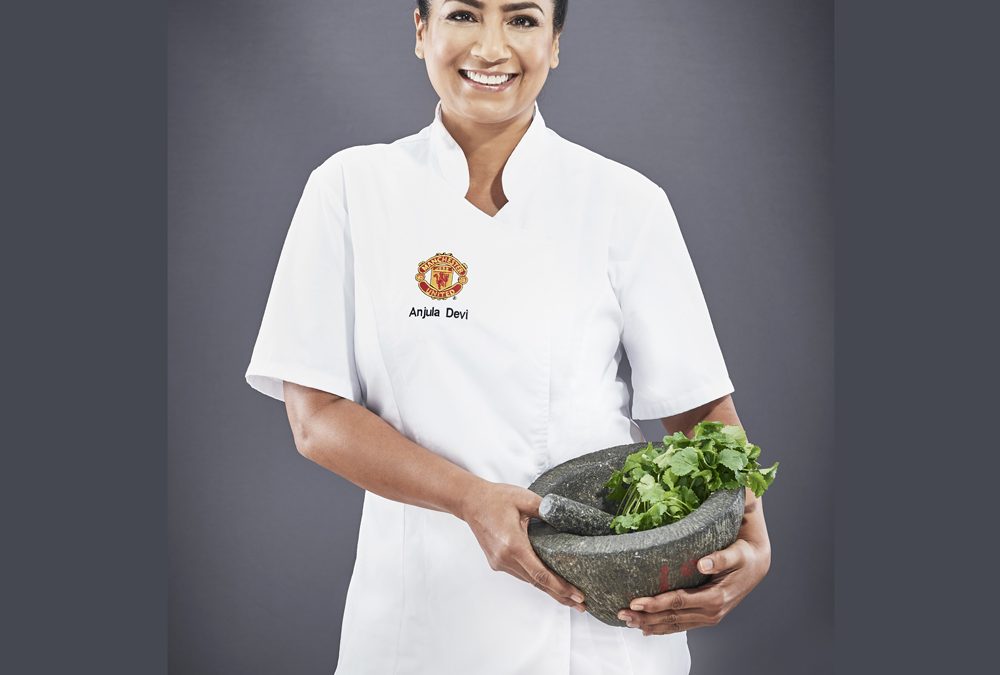 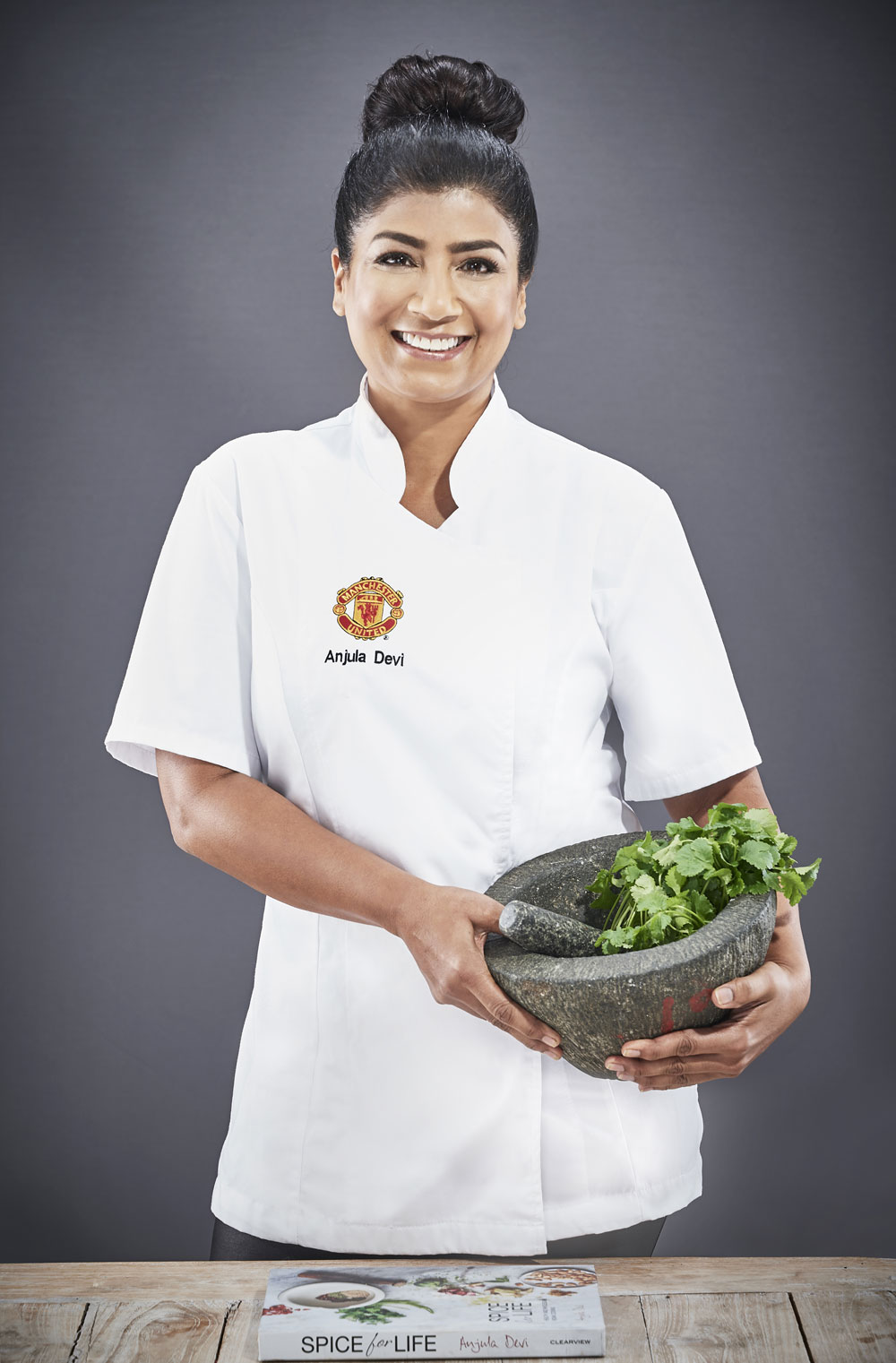 I remember the final pause before clicking the ‘send’ button. I didn’t know it then, but this was the e-mail that would completely change my career direction…

I started my business in 2010. My vision and my belief that I could make a difference has driven me ever since. My love of cooking good food and experimenting started at an early age, sat on a stool that my Dad had made. I used to spend hours grinding spices in a huge pestle and mortar. Back then I was just focused on reducing the spices to a fine powder. At just eight years old I remember feeling that I’d achieved something so important. I had succeeded in delivering the finely ground spice blend which would make the tastiest Indian food every time.

What’s your most prized possession? Would it surprise you if I told you that mine was my pestle and mortar which I was given when I was ten years old?

This still-treasured pestle and mortar was the first thing I ever felt I had achieved something with. I loved grinding selected spices, then smelling, tasting and perfecting a range of recipes with them. By the time I was sixteen years old, my Dad and I had honed the spice combinations, over time reducing the number used in some recipes from thirty spices to ten. We sometimes made delicious food with just three spices.

When Dad discovered broccoli for the first time ever, we sat in the back garden for weeks perfecting the best spices for broccoli. It turned out that we only needed two spices for broccoli to taste amazing, the rest of the flavour would come from fresh herbs and garlic.

Passing on what I had learned

When I founded my cooking school, I wanted to teach exactly the way that my father had taught me. I decided that there would be no shiny electric grinders; instead we invested in pestle and mortars carved from single pieces of stone. I wanted people to be able smell each spice as they ground it, then touch and taste it too. I wanted the whole experience of the lesson to be exciting, joyful and tactile, for the client to go home with a real sense of accomplishment. I wanted my clients to feel, in some way, the achievement that I felt when I first ground those spices. This was what I truly believed would enable the cooking school to be a success, along with the all-important sharing of my culinary knowledge.

After delivering cooking lessons for some years and then being asked by the Managing Director at Leiths cookery school to deliver larger group lessons, I decided I wanted to define my next challenge and share my recipes with a much larger audience.

After some extensive research, I decided that what I really wanted to do was to get the right Indian cooking utensils out there and a small but well-written practical guide on how to be successful in creating delicious Indian food. I’ve never been one for following the crowd, so I wasn’t looking to get any sauces to the mass market by approaching the large supermarkets. What  I was looking for was a business that resembled the same ethos as my own.

I’d been going into Lakeland stores for as long as I can remember (and taking the catalogue to bed with me – Fifty Shades of Grey move over)! There is always something new to see and the stores always look homely and inviting. So I decided to approach Lakeland and finally the Buying Director agreed to see me. It was a short meeting in North London. I just took my tiffin box, with three different curries and that was what sealed the deal, along with my knowledge of spices. The following year a ‘how to’ book and a range of my Indian utensils were launched in Lakeland stores.

Just over a year ago I embarked on my next challenge. I remember telling my husband that I was going approach the largest football club in the world, so that we could feed as many people as possible with great traditional tasty Indian food.

After some tenacity and persistence, I found an e-mail in my inbox from James Tagg, Executive Chef at Manchester United, inviting me to come along and meet him. Although I was very excited, I didn’t feel nervous at all …. until I arrived at the huge famous stadium and gradually realised the enormity of the challenge I had set myself.

I waited in the Red Café, in a seat with Beckham written on the back, with just my small cooler bag and spice dabba, waiting to meet James. I knew who he was straight away, as he entered the cafe in his prestige chef whites. He introduced himself with a broad Scottish accent and a firm handshake. I listened and he listened; neither of us spoke over the top of each other. It was immediately evident that we shared the same passion for delivering the best possible food.

Just like my meeting with Lakeland, I had no rehearsed presentation, just my trusted spice dabba and some fresh broccoli and green beans. After a short conversation I asked James if he’d let me cook something. He led me to the one of 27 kitchens inside the stadium and I whisked up a broccoli and green bean dish using just three spices, garlic, ginger, green chillies, fresh tomatoes, a little white wine vinegar and a splash of coconut milk. It was ready in less than ten minutes.

I knew it was important to get James to taste my food. This all went well and soon after we set up a further meeting for me and eleven of his chefs, to cook some more recipes. Then not too long after that I became the consultant chef for Manchester United. I will always be grateful to James for showing that he believed in me and for giving me the opportunity to be able to cook for thousands of people and to work with his team. Seven games into the season and I’ve learnt so much at Manchester United. James has a great team; they value what I bring to their kitchens and I really appreciate the knowledge they pass on to me. 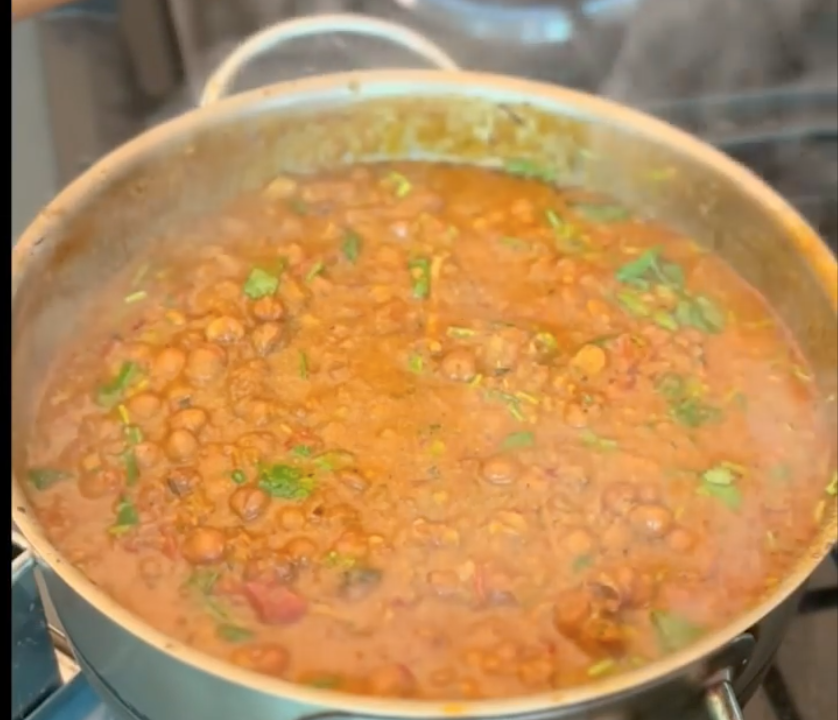